We had a lighter than average yield for the 2018 harvest due to some issues outside our control.  There were some really hot heat spikes in June and July, coupled with Santa Ana winds, which caused about 30% of the crop to desiccate.  We also had a very large crop in 2017 which made for a smaller crop in 2018 because of the natural, alternate-bearing cycle.  Although yields were low, the fruit we did harvest was concentrated with good flavors, the chemistry was good, and ultimately of good quality for wine production.

It’s now January and we are all looking forward to the 2019 harvest.  We have been getting a lot of rainfall.  This is good for us because not only does it fill the soil profile and the aquifers with water, but it pushes built up salt through the root zone (typically 2-5 feet in our sandy to sandy loam soils).  In essence, it cleans up the soils.  With less salt in the root zone the osmotic pressure is reduced, creates a less toxic environment, and allows the vine to take up more water and nutrient.  You can think of it like a straw – the vine takes water into the roots moves through the water conducting cells (xylem), uses the water for metabolism, turgor pressure, and is transpired through leaves into the atmosphere as a gas (transpiration).  So in a low salinity environment, the vines can grow and develop better.  This is a typical issue with farming in semi-arid environments.

We planted a cover crop in some areas of the vineyard this year.  We planted fava beans, sweet peas, and vetch.  These are nitrogen-fixing plants that take nitrogen from the atmosphere (NO2) and convert it into nitrate nitrogen (NO3) that can help fertilize the vines.  It also helps with erosion control, soil structure, and it looks pretty.

We are pruning the vines this time of year. This is crucial to managing crop-load, vigor, and to reduce the alternate bearing effect of not just vines but all fruit crops.

This time of the year all the wines are put away and hibernating for the most part. Soon we will be getting the 2018 Gewurztraminers and Rose wines ready for an April bottling.  I will be putting the 2017 red wine blends, some of the 2018 reds blends, and the remainder of the 2018 white wines together for a June/July bottling.  We remove the wines from barrel (called racking), blend them in tank, run the analysis, make any additions that they may need, and then return them to barrel or keep in topped tanks until we are closer to bottling.

I can say that all the wines, both 2017 and 2018, are fruit driven, have good structure, and are stable.  I’m excited to put the blends together soon.

I will give another update a little later in the season. 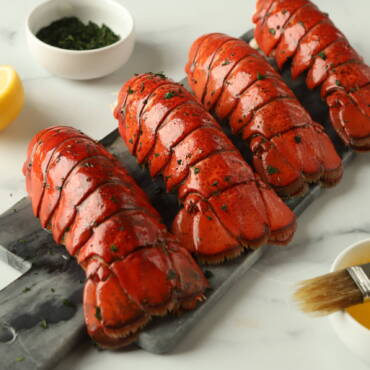 Why White Wine Pairs So Well With Lobster