Those whose hands touch a vineyard understand that, although his or her time on the land may be brief, the land itself is timeless. 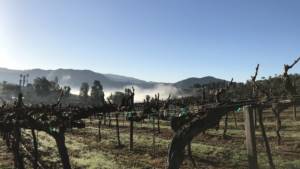 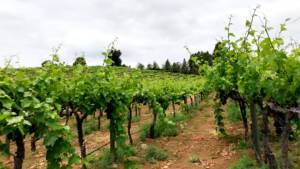 While their time may be limited to five, ten, twenty, or fifty years, the attraction to own a vineyard and winery is to create something: a name, a place, a legacy. Wine production offers the possibility of growing a community and culture around an agricultural product; to capture the essence of a time and place in a bottle, and Orfila captures the spirit of San Diego and North County.

The exceptional estate wines produced by Orfila Vineyards and Winery today are a credit to our acclaimed winemaker, Justin Mund, who has continued to build upon the legacy of varietal choices and vineyard installations made by previous winemaker, Leon Santoro. The first winemaker to realize the estate, located fifteen miles from the Pacific coastline, with its Mediterranean climate, and sandy soils, is ideal for French Rhône varietals; Leon Santoro followed his intuition, and strove to put San Diego Wines on the map.

Nearly twenty-five years of community support has grown Orfila Vineyards & Winery into a leading producer of San Diego wines. Orfila Wine Lover’s Club (affectionately known as the OWL Club), and thousands of visits from locals and tourists, has supported a steadily increasing demand up to an annual production of 20,000 cases.

The hand-picked management team and staff keep Orfila running smoothly, thanks in part, to the efforts made over the years, a learning curve followed by earlier employees who have worked tending the fields, pouring wine in tasting rooms, managing the back office, and producing wine.

With glass in hand, lovers have celebrated their wedding nuptials while surveying the beautiful vineyard and hills of our little valley. The community has shared countless celebrations and special occasions on this land.

None of this would be possible without Alejandro Orfila; who if asked, would likely say with a gracious smile, “It’s not about me, it’s all about the wine.”

“I come from an agricultural family. When I was a kid we had a famous wagon pulled by mules – five mules. And the way it worked is that all five mules had to pull together exactly at the right time. If they did, the wagon moved. If they didn’t work perfectly together, they couldn’t move the wagon at all. This is the kind of team I wanted here.” ~ Alejandro Orfila

Orfila Vineyards and Winery is one of the largest wineries in San Diego County and is exceptional by virtue of its estate vineyard, a rarity in Southern California. The winery is located in the San Pasqual Valley Agricultural and Open Space Preserve, a large contiguous span of green space that serves as a buffer between San Diego and San Diego’s North County.

Owned by the city of San Diego, the preserve is also home to the San Dieguito River Park. The west side of the valley holds the man-made reservoir Lake Hodges, Highway 15, the historic Sikes Adobe and multiple staging sights for the numerous hiking and biking trails. San Diego Zoo’s Safari Park, a haven for species conservation, anchors the east end of the valley.

In the narrow neck of the valley, along San Pasqual Valley Road, sits Orfila Vineyards and Winery. The site features 70 acres of vineyard and winery buildings, tasting rooms and event facilities, with an expansive view of more than forty-year-old vines, trees, and grassy knolls, tucked between rock-speckled hills, sitting under almost endless blue skies.

Agricultural development in the San Pasqual Valley began with the construction of two irrigation canals, one in 1853 and another in 1857. By 1912, approximately 1,000 acres of field crops and orchards were in production. In response to what was considered a 100-year flood in 1916, San Dieguito Mutual Water Company constructed the Hodges Dam, which was completed in 1918. The small original town of Rancho Bernardo, near the Sikes Adobe, was submerged by the formation of the reservoir.

The City of San Diego acquired the reservoir in 1925, and then followed a plan to enlarge the reservoir and acquired the land needed for the project. The plan included the construction of the Sutherland Dam, completed in 1954, and an expansion of the Hodges Dam. That plan was never fully realized, but another – perhaps more progressive – plan would take its place.

The farmers in the valley filed a lawsuit, and the city of San Diego soon found itself in the possession of land, but facing legal restrictions on its water use.

The city continued to acquire the majority of the privately owned riparian property in the valley by the late 1950s and the first San Pasqual Valley Plan was adopted in May 1964. The Plan designated the valley as an Agricultural and Open Space Preserve. A portion of the valley was set aside for agriculture, and has been leased back to farmers ever since.

An updated version of the San Pasqual Valley Plan was adopted by the San Diego City Council in June 1995. Agriculture is a part of the region’s cultural heritage, and an economic asset to the city. Orfila Vineyards and Winery is an integral part of a balanced plan for the San Pasqual Valley.

Originally covered in scrub brush, the vineyard site was planted in 1973 with Chardonnay grapes; initially known as San Pasqual Winery, that installation laid the structure and shape of the farm for decades to come.

The pristine valley, with its proximity to the growing population of San Diego, attracted some Napa Valley investors and wine producers, and the winery was run for a while as Thomas Jaeger Winery before being acquired by retired Argentinian Ambassador Alejandro Orfila in 1994. While Orfila’s family has a long history of winemaking in Argentina, Alejandro set his sights on becoming a lawyer, and ultimately became a diplomat. He retired in 1984 and was pulled out of retirement by enthusiastic friends from Napa to acquire the vineyard in San Pasqual.

An Italian immigrant, Leon Santoro, who had been trained as a winemaker in Napa, originally moved to San Diego to support the Thomas Jaeger Winery, and continued on in collaboration with Orfila for a number of years,

Santoro transformed the vineyard by grafting Viognier and Syrah onto the existing Chardonnay rootstock. He also set ambitious goals for the establishment of other varietals. These included other Rhone varietals: Roussanne, Marsanne, and Petite Sirah; other Bordeaux varietals, including: Cabernet Sauvignon and Merlot; and finally, Italian varietals: Sangiovese and Montepulciano. In the industry, he was well known as an innovator and champion for the region, who strove to establish San Diego’s reputation as a wine-producing region by competing internationally.

Following Leon’s death in 2009, Healdsburg-born, and Central Coast-trained winemaker, Justin Mund, was handpicked to manage the vineyard, and continue the Orfila legacy of producing high quality wines. Mund is a leader in the winemaking industry in San Diego County. His 2015 Estate Montepulciano is the first wine from San Diego fruit awarded a score above 90 points from Wine Enthusiast. He is well known for his Pinot Noirs, scoring 92 and 94 points from Wine Enthusiast for the 2014 Pinot Noir Element 119 and 2014 Pinot Noir Sequestered, respectively.

In accordance with the 1964 Plan, commercial activity is permitted in the San Pasqual Valley when it is associated with the production and sale of an agricultural product, so Orfila Vineyards and Winery must remain a productive farm; the grapes that are grown here are used in the production of about half of the wines they produce. The Estate wines carry the AVA designation of San Pasqual Valley, the fourth area in the state of California to be designated as an AVA back in 1981. 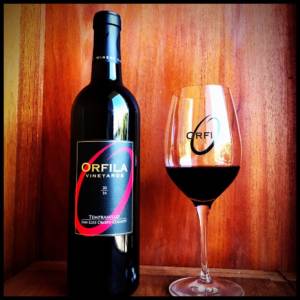 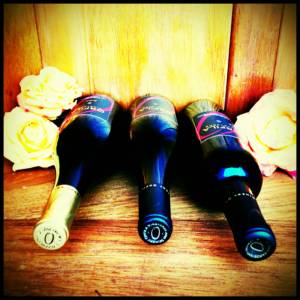 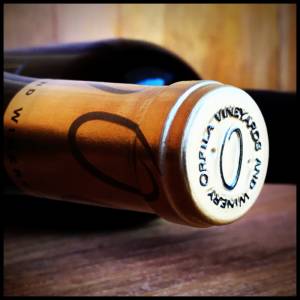 Present Day and Beyond

The valley’s climate is dessert-like with some coastal influence from the Pacific Ocean, just fifteen miles west of the vineyard. The vineyard is irrigated with well water, so a healthy watershed is of the highest priority for Orfila. The soils include alluvial soils, or decomposed granite, and sandy soils. When farming on decomposed granite, the measured delivery of nutrients afforded by drip irrigation provides the ultimate control of plant vigor. Two key factors in farming this way are access to high quality water, and knowing when to irrigate.

A minimal amount of inorganic fertilizer is delivered via drip irrigation, in combination with plenty of biologics. These small organisms break down the fertilizer to make it more available to the plant. To control runoff and erosion, cover crops – usually legumes – are planted annually between the rows. Legumes are nitrogen fixing and add organic material to the soil, thereby returning nitrogen to the plants.

Justin Mund’s management of the vineyards has improved the quality of fruit, by controlling and regulating the yield. Mund received his Bachelor of Science degree in Fruit Science from California Polytechnic University, San Luis Obispo. He firmly believes great wines begin in the vineyard. Under his management, and with the support of his team of skilled vineyard-hands production has been optimized to produce consistently high quality fruit.

Orfila Vineyards and Winery looks forward to continuing our longstanding and healthy partnership with San Diego. Communities throughout the region will benefit, both from the production of world-class wines, and in the growing recognition of San Diego as a wine region in its own right.

The current management team, under Justin Mund’s leadership, is in the process of opening up a new venture, a beach side tasting room in Oceanside, California. The new location will offer tapas and craft beer, along with the full selection of Orfila wines. It is a long-standing vision of Justin Mund’s to offer a richer experience of his wine paired with food. The new location will bring the richness of the vineyard to sea, and has the potential to introduce the tradition of San Diego winemaking to a whole new crowd.